Fittingly, and somewhat depressingly, Oxford Dictionary’s word of the year for 2016 is ‘post-truth.’

In a year of politics demonstrating that feelings count as facts, the Oxford Dictionary defined ‘post-truth’ as “denoting circumstances in which objective facts are less influential in shaping public opinion than appeals to emotion and personal belief.”

In the wake of Brexit, as well as the the recent U.S. presidential election, according to the Casper Grathwohl of Oxford Dictionaries:

“It’s not surprising that our choice reflects a year dominated by highly-charged political and social discourse… Fuelled by the rise of social media as a news source and a growing distrust of facts offered up by the establishment, post-truth as a concept has been finding its linguistic footing for some time.”

Some argue the fault lies in the way we curate our own ‘bubbles’ of news and social media. But I’d add that the foothold gained by ‘post-truth’ is directly linked to the way we have come to teach ‘reading’ in today’s schools. A particular consequence of standardized testing is a renewed emphasis on close reading—which prioritizes evaluating a text based on its own internal logic rather than reading critically in terms of context, authorship, and counter narratives. Want to fight post-truth? Educate. Refuse to accept or promote single story narratives that say there is only one lens through which to understand the world, events, or groups of people. Read. Really Read. END_OF_DOCUMENT_TOKEN_TO_BE_REPLACED

The Olympics aspire to inspire. This year, nothing has captured that spirit more than the standing ovation received by the first Refugee Olympic team at the opening ceremonies in Rio de Janeiro, Brazil.

One team member in particular, 18-year-old swimmer Yusra Mardini, captured the world’s attention through her story of having pushed a sinking dinghy to shore, saving 20 lives as she and her family fled Syria.

Through all the (indisputably worthy) praise for Mardini and the rest of the team, less energy has been invested in exploring the conditions that engineered such a team into existence.

International policies are accountable for forcing these athletes, and countless others, into refugee status. These policies were enacted by many of the same countries whose athletes paraded alongside the refugee team. The same culpability resides with transnational bodies such as the International Olympic Committee: How do we, for example, reconcile the paradox of welcoming a refugee team during an event responsible for displacing 77,000 more?

A partial answer comes in recognizing that “refugee” is not a nationality, a flag by which to march under, but a status we as a global community have forced upon these individuals. END_OF_DOCUMENT_TOKEN_TO_BE_REPLACED

2015 was a rough year on many fronts. Dave Barry’s Year in Review humorously dubbed this year “the worst year ever” competing only with the bubonic plague epidemic of 1347.

But from the ashes of adversity, heroes are born, and this year those heroes seem to be words—or, at the very least, our thoughts about the words we use. 2015 was a year in which we brought many commonly used words into question. Here are a few of these word revolutions of 2015.

Emoji—We have to start out with the big one. Oxford English Dictionary’s word of the year was… not a word. It was a delightful, multitalented emoji.

Talk about a representation of 2015: Is he laughing? Is he crying? Is he a he in the first place? The possibilities are endless. And so are the opportunities this opens up for the use of symbols in written English. I, for one, can’t wait to someday end an academic paper with 🙏💅💁💣💥🎉🎉🎉. END_OF_DOCUMENT_TOKEN_TO_BE_REPLACED I’m drinking it right now, and you probably are too.

From being labeled ‘the bitter invention of Satan,’ to essentially kickstarting starting the European Enlightenment, to becoming the second most commonly traded commodity on the planet, coffee has come a long way.

In honor of the beverage that makes this blog (and most endeavors of my life) possible, here’s the story of how coffee changed America via National Geographic – a story that starts, as all good things do, in Boston.  END_OF_DOCUMENT_TOKEN_TO_BE_REPLACED 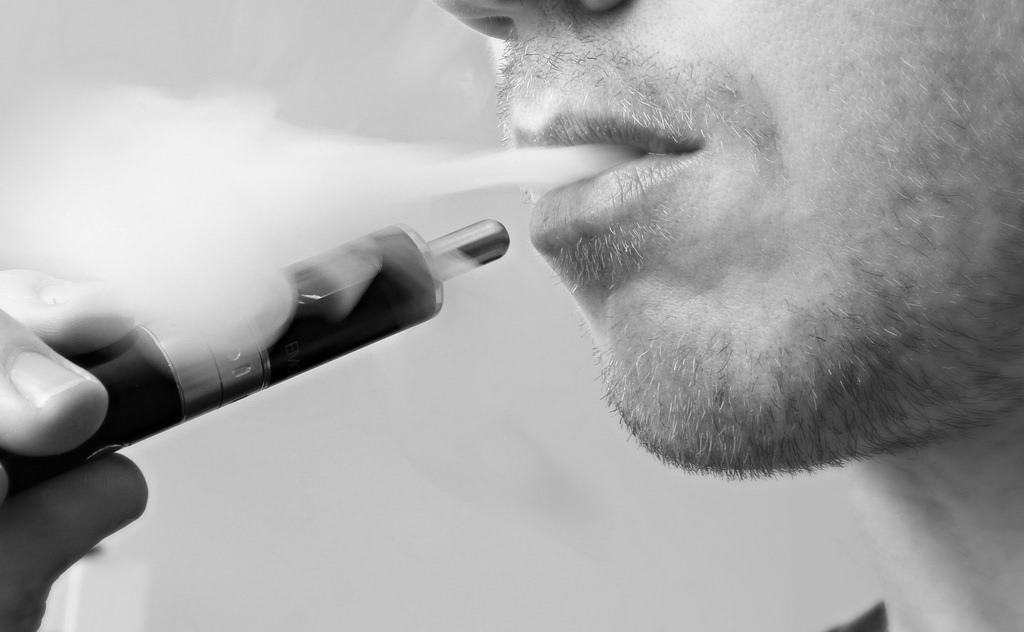 If you (like me) had no idea what this word meant, odds are you’ve taken the “just say no” approach to smokeless-tobacco.

But thanks to the Oxford English Dictionary, we now have a codified word for this newfangled mode of nicotine consumption. According to the OED, vape can be used:

A) As a noun for the e-cigarette itself: “Hey man, can I borrow your vape?”

B) As a noun for the action of e-smoking: “Hey man, can I take a vape off your vape?”

C) And as a verb: “No, you can’t vape off my vape because I prefer vaping solo.”

(Note that as I write this, my word processor keeps putting giving vape the red squiggly underline, or autocorrecting it to tape. C’mon spellcheck – get with the times!)

I was going to post some of Oxford’s past “Word of the Year” winners, but I was actually more impressed by the American Dialect Society‘s list (though they haven’t released a 2014 word yet). It’s incredible how one well-chosen neologism really does capture the atmosphere of the year it represents. Check these out: END_OF_DOCUMENT_TOKEN_TO_BE_REPLACED