A new week, a new round of policies that endanger more than than they assist.

Through the debates that will rightly follow Trump’s latest round of immigration directives, notice who chooses to employ the term illegal vs. undocumented. And if that distinction doesn’t yet set your ears aflame, here’s one of the many reasons it should.

Earlier this fall, Emmy Award-winning journalist Maria Hinojosa explained that you can identify an individual as having broken a law, but “what you cannot do is to label the person illegal.” Hinojosa continued,

“The reason why I say this, is not because I learned it from some radical Latino or Latina studies professor when I was a college student. I learned it from Elie Wiesel, who survived the Holocaust, who said, ‘You know what? The first thing they did was that they declared the Jews to be an illegal people.’ And that’s what we’re talking about at this point.” END_OF_DOCUMENT_TOKEN_TO_BE_REPLACED

Fittingly, and somewhat depressingly, Oxford Dictionary’s word of the year for 2016 is ‘post-truth.’

In a year of politics demonstrating that feelings count as facts, the Oxford Dictionary defined ‘post-truth’ as “denoting circumstances in which objective facts are less influential in shaping public opinion than appeals to emotion and personal belief.”

In the wake of Brexit, as well as the the recent U.S. presidential election, according to the Casper Grathwohl of Oxford Dictionaries:

“It’s not surprising that our choice reflects a year dominated by highly-charged political and social discourse… Fuelled by the rise of social media as a news source and a growing distrust of facts offered up by the establishment, post-truth as a concept has been finding its linguistic footing for some time.”

Some argue the fault lies in the way we curate our own ‘bubbles’ of news and social media. But I’d add that the foothold gained by ‘post-truth’ is directly linked to the way we have come to teach ‘reading’ in today’s schools. A particular consequence of standardized testing is a renewed emphasis on close reading—which prioritizes evaluating a text based on its own internal logic rather than reading critically in terms of context, authorship, and counter narratives. Want to fight post-truth? Educate. Refuse to accept or promote single story narratives that say there is only one lens through which to understand the world, events, or groups of people. Read. Really Read. END_OF_DOCUMENT_TOKEN_TO_BE_REPLACED

2015 was a rough year on many fronts. Dave Barry’s Year in Review humorously dubbed this year “the worst year ever” competing only with the bubonic plague epidemic of 1347.

But from the ashes of adversity, heroes are born, and this year those heroes seem to be words—or, at the very least, our thoughts about the words we use. 2015 was a year in which we brought many commonly used words into question. Here are a few of these word revolutions of 2015.

Emoji—We have to start out with the big one. Oxford English Dictionary’s word of the year was… not a word. It was a delightful, multitalented emoji. 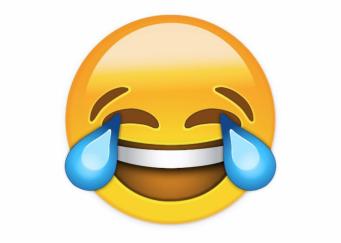 Talk about a representation of 2015: Is he laughing? Is he crying? Is he a he in the first place? The possibilities are endless. And so are the opportunities this opens up for the use of symbols in written English. I, for one, can’t wait to someday end an academic paper with 🙏💅💁💣💥🎉🎉🎉. END_OF_DOCUMENT_TOKEN_TO_BE_REPLACED 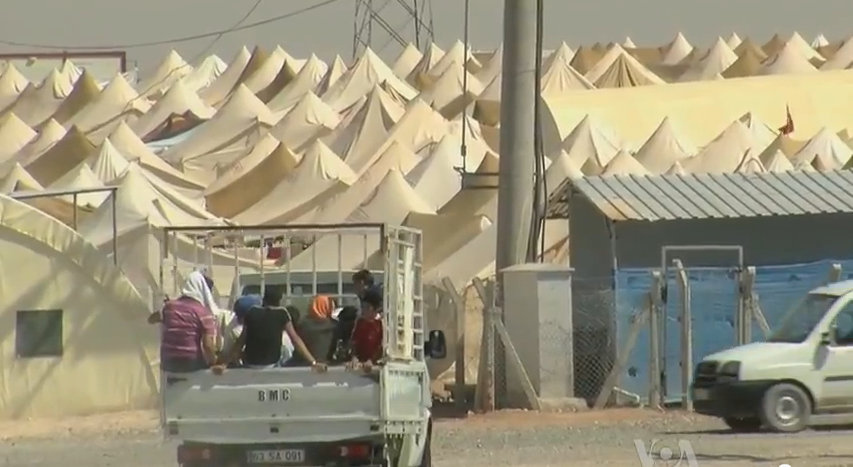 As thousands risk their lives to flee their homes in what has come to be known as “Europe’s Migrant Crisis” the Al Jazeera News Network announced that it will no longer use the term migrant, stating that,

“The umbrella term migrant is no longer fit for purpose when it comes to describing the horror unfolding in the Mediterranean. It has evolved from its dictionary definitions into a tool that dehumanises and distances….”

Instead, Al Jazeera argues, the term refugee better describes the reality of those who are fleeing unlivable conditions for a chance at – not just a better life – but for many, a chance to live at all.

I’ve argued before that naming is important, and Al Jazeera is right to make this consideration. However, in the midst of the refugee vs. migrant terminology debate, I still wonder if either word captures the reality of the situation.

Both migrant and refugee refer to states of being. Just like fireman or high-school graduate, these terms indicate something you are. When used in the context of this crisis, both words deceptively imply something permanent, even preexisting – as if some people just are, and always have been refugees.

Refugee conjures up images of the  dispossessed, struggling in overpopulated camps or at blocked borders. And while these images are often accurate depictions of the present reality, the term does not conjure up images of the stable lives many of these individuals once had – stable lives that were interrupted. END_OF_DOCUMENT_TOKEN_TO_BE_REPLACED 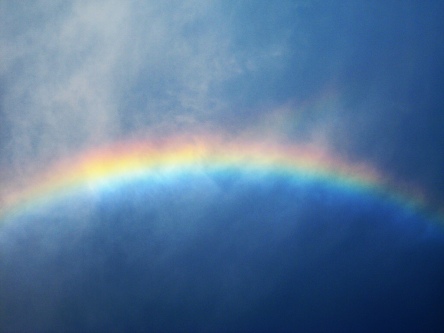 No, this is not a post about #TheDress, but if you would have asked someone who lived a thousand years ago, they would have been firmly in the white and gold camp because blue didn’t exist yet. Why, you say? Because we had no word for it.

A recent article by Business Insider explored the work of William Gladstone and Lazarus Geiger. Gladstone’s wondered why Homer described sea as “wine dark” in the Odyssey rather than just plain “blue,” and went on to discover that there was no reference to the color blue in any ancient Greek text. Geiger followed up on his work and discovered that this phenomenon was not unique to the Greeks:

“[Geiger] studied Icelandic sagas, the Koran, ancient Chinese stories, and an ancient Hebrew version of the Bible. Of Hindu Vedic hymns, he wrote: “These hymns, of more than ten thousand lines, are brimming with descriptions of the heavens. Scarcely any subject is evoked more frequently. The sun and reddening dawn’s play of color, day and night, cloud and lightning, the air and ether, all these are unfolded before us, again and again… but there is one thing no one would ever learn from these ancient songs… and that is that the sky is blue.” END_OF_DOCUMENT_TOKEN_TO_BE_REPLACED 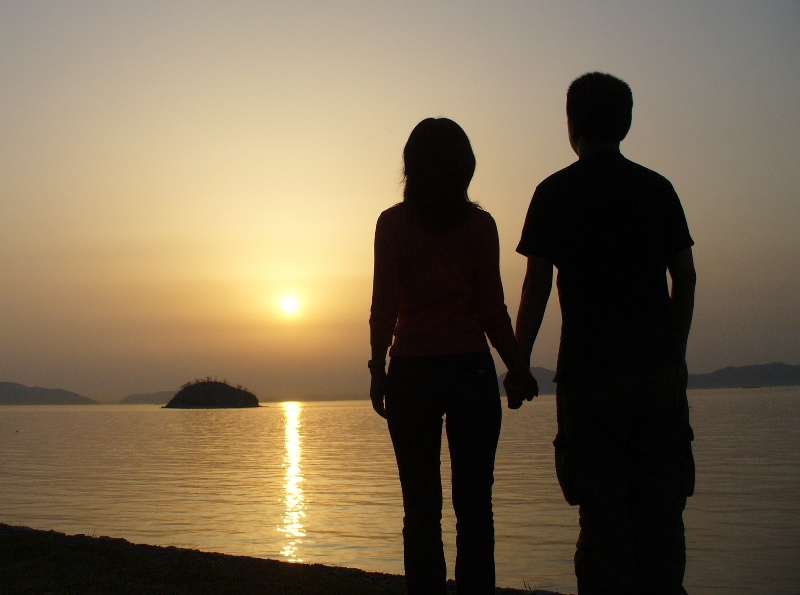 As you probably know, I’m all about new words, but dating sites are taking nomenclature to a whole new level. According to NPR, some dating sites now give the option to categorize yourself, not just as straight, gay, bisexual, transgender, or otherwise, but are also giving options such as sapiosexual–meaning “one who finds intelligence the most sexually attractive feature.”

This year has seen important progress made in terms of social media recognizing a wider spectrum of gender and sexual identity, such as Facebook adding over 50 gender options last year. However, are terms like sapiosexual–which basically describe “characteristics I’d prefer in a partner”–equally foundational to one’s sexual identity? Most of us (hopefully) would prefer to date a person we consider intelligent; I would also hope that person likes dogs and roller coasters, but I’m not sure I would list those as core components of human sexuality.


One commenter seemed to agree, at least when it comes to sapiosexuality, sardonically noting that:

“Sapiosexual implies that there is a single, simple, measurable form of intelligence that has some reasonable bearing on what a person is actually like… Sapiosexual means: I’m a smug, inflexible twit looking for someone else who will be impressed with me. For the sake of clarity, narcissist would do just as well.”
What do you think? Is designating oneself a sapiosexual or otherwise an important marker of sexual identity, or do terms like this trivialize the true spectrum of sexual diversity and gender identity?
In the meantime, if anyone is looking for a must-love-dogs-osexual, I have a friend for you ;).
~C.B.
Feel free to comment below or on the blog’s Facebook page.
Follow on Twitter @chriskbacon
November 19, 2014March 13, 2015 Chris Chang-Bacon

If you (like me) had no idea what this word meant, odds are you’ve taken the “just say no” approach to smokeless-tobacco.

But thanks to the Oxford English Dictionary, we now have a codified word for this newfangled mode of nicotine consumption. According to the OED, vape can be used:

A) As a noun for the e-cigarette itself: “Hey man, can I borrow your vape?”

B) As a noun for the action of e-smoking: “Hey man, can I take a vape off your vape?”

C) And as a verb: “No, you can’t vape off my vape because I prefer vaping solo.”

(Note that as I write this, my word processor keeps putting giving vape the red squiggly underline, or autocorrecting it to tape. C’mon spellcheck – get with the times!)

I was going to post some of Oxford’s past “Word of the Year” winners, but I was actually more impressed by the American Dialect Society‘s list (though they haven’t released a 2014 word yet). It’s incredible how one well-chosen neologism really does capture the atmosphere of the year it represents. Check these out: END_OF_DOCUMENT_TOKEN_TO_BE_REPLACED 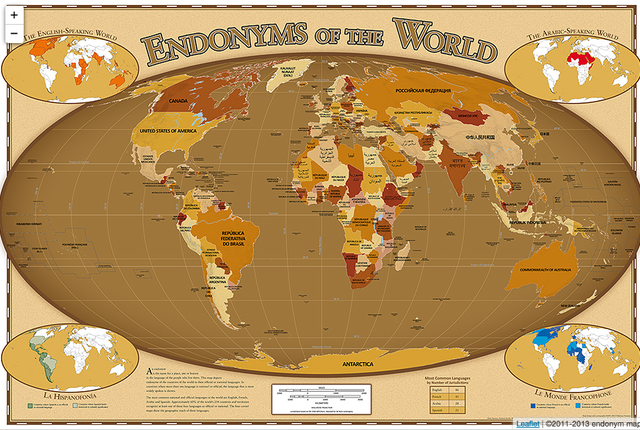 In a previous post about the power of naming, I referenced the fact that we oftentimes don’t call nations by the names they use for themselves.

I just found out there’s actually a word for what an ethnic group or nation calls itself: It’s called an ENDONYM, and there’s an entire map of them at endonymmap.com:

On the actual website, you can zoom in and explore the map, but here’a a sample screenshot: 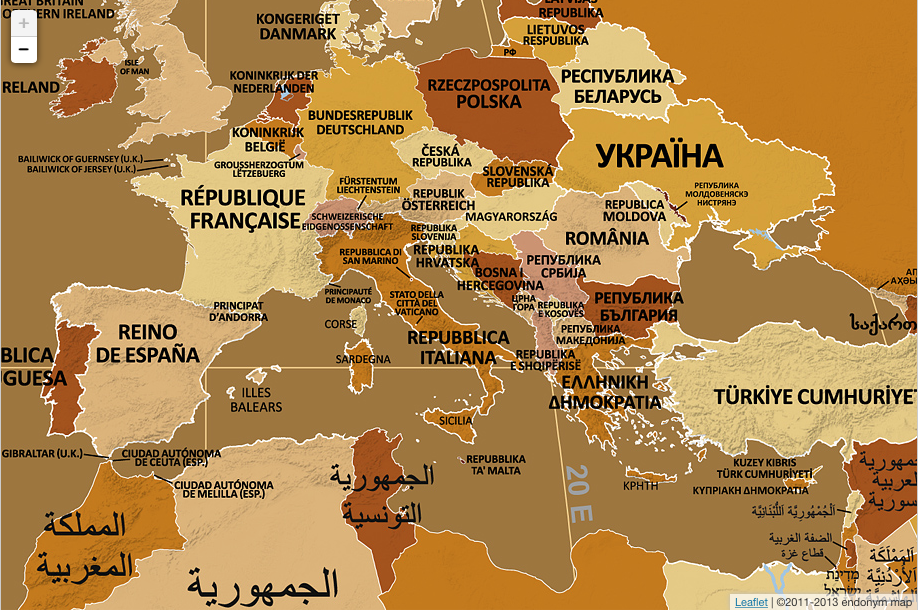 The website’s Answers, Errata and Discussion section is equally interesting:According to endonyms.com, “A map of this nature taps into some deep notions of personal identity and can arouse strong nationalist passions. Indeed, I’ve received many (mostly polite) questions and comments asking why a particular language was used for a label, END_OF_DOCUMENT_TOKEN_TO_BE_REPLACED

Do a web search of “Words people use incorrectly” and get ready to be barraged by a massive industry of self-proclaimed internet lexicographers.

Everything from “peruse” actually meaning “to examine carefully” (instead of to glance over) or “ultimate” really designating “the last thing on the list” (not the best). And don’t forget to takes sides on the “literally” debate – though be sure to grab a recent dictionary, because the definition of literally has literally changed – a shift that led Martha Gill of The Guardian to ask “Have we literally broken the English language?”

Words, after all, don’t exist out there somewhere in solid, objective forms for us to pluck off a tree and use. They’re essentially groups of sounds that we’ve collectively decided indicate a certain something. There’s no universal truth as to why our word for “dog” couldn’t just as well have been “sheep” other than the fact that… well… we call it a dog. And when enough time passes, we’ll probably be calling it something else (most likely “robo-pet”).

Which is why I enjoyed this list of of “20 words that once meant something very different” (full list below) gathered by language historian Anne Curzan. As the list illustrates, word meanings shift. As Curzan puts it, “History tells us that we’ll be fine. Words have been changing meaning — sometimes radically — as long as there have been words and speakers to speak them.” END_OF_DOCUMENT_TOKEN_TO_BE_REPLACED